Every year, the World Health Organization (WHO) receives official data on leprosy from national programs in member states worldwide. For the calendar year 2019, WHO received data from 160 countries. WHO released a report on this data in September 2020.

As part of its current 5-year Global Leprosy Strategy (2016-2020) to accelerate towards a leprosy-free world, WHO has recommended enhanced case detection. Compared to 2015, the year before the Strategy started, the 2019 data shows little change in the number of registered cases and the number of new cases detected. The prevalence rate per million population and the case detection rate per million population decreased, continuing a trend of gradual decline. 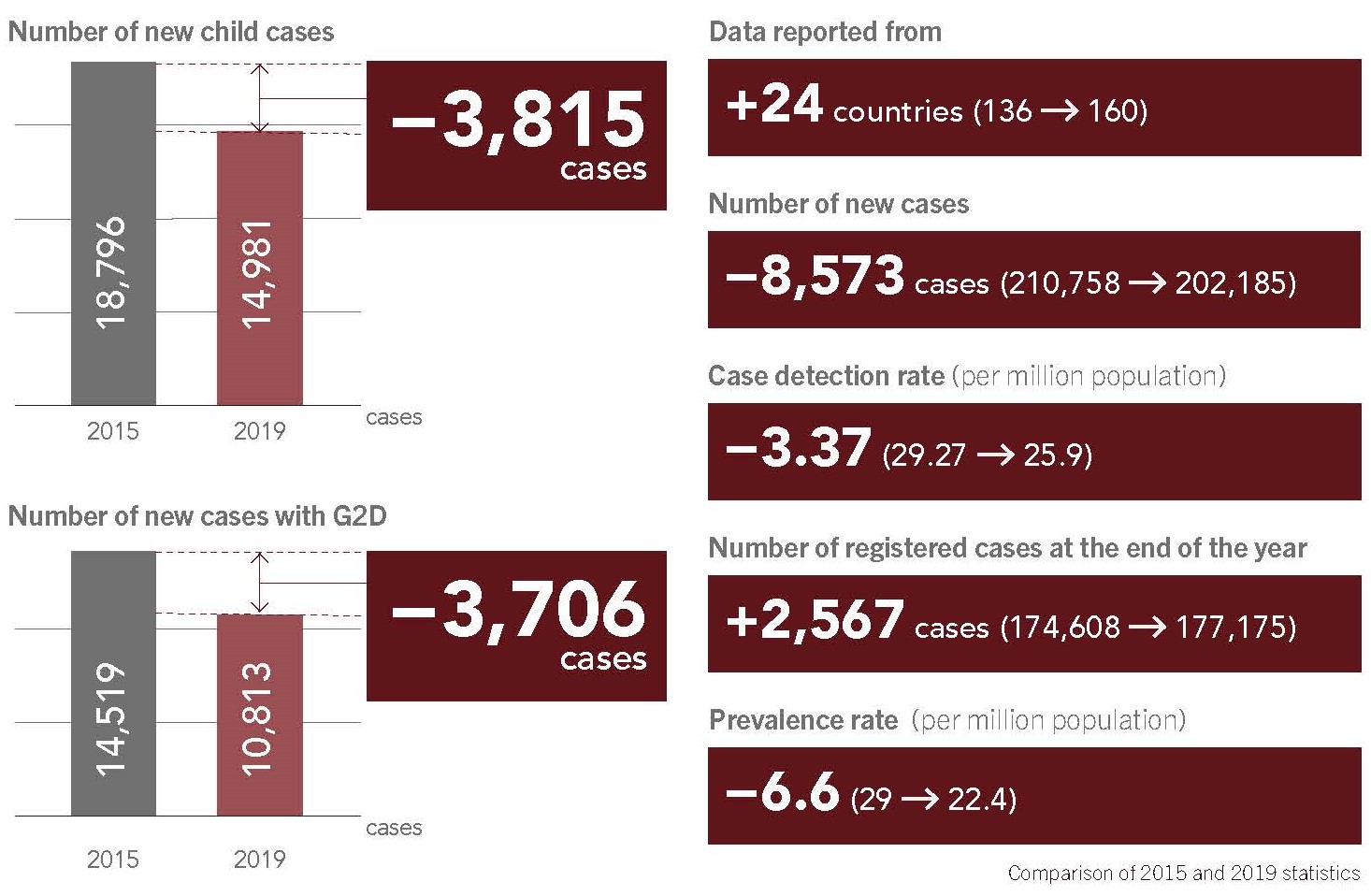 The report also shares information about progress toward the three targets to be achieved by 2020:

TARGET 3: ZERO COUNTRIES WITH LEGISLATION ALLOWING DISCRIMINATION ON THE BASIS OF LEPROSY
As of the end of 2019, 127 laws still remained in place in 22 countries.

SHF, DPI submit written statement to Committee on Rights of Persons with Disabilities on right to work