A family secret inspires a book on leprosy, stigma and the fight for justice. 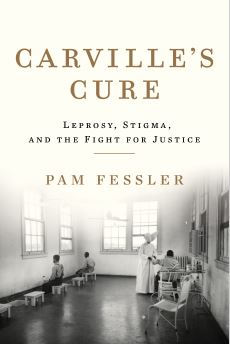 My father-in-law called my husband and I one night and said he had something to tell us, a secret he had kept for 63 years.  When he came home from school one day in 1935 in New York City, his father was gone. He never saw or spoke to his father again and was not even sure—these many years later—where he had gone. He believed health officials had taken him to a “military hospital” somewhere in the southern U.S.

He did know one thing for sure—his father had leprosy.  But his mother had told him never to tell anyone else because, if word got out, it would destroy the family.  My father-in-law spent the rest of his life burdened by both the sorrow of losing his father and a nagging sense of shame.

They lost not only their freedom, but their civil rights and identities.

This was my introduction to a tragic slice of American history, and an experience repeated over the centuries and around the world.  For almost 80 years, the U.S. government ran a leprosy hospital in the remote community of Carville, Louisiana. Thousands of Americans—including my father-in-law’s father—were sent there to be treated, but also to be isolated from family and friends for the rest of their lives.  They lost not only their freedom, but their civil rights and identities.  Almost all the patients took aliases to protect their families from the stigma.

A PRISON AND A HAVEN

For some, Carville was a prison. But it was also a haven from a world that treated those with leprosy as the ultimate pariahs. Confined to the 350-acre site, many patients carved out meaningful lives. They formed deep friendships, fell in love, held Mardi Gras parades and published a crusading newspaper that become a leading advocate for people with Hansen’s disease.  Driven in part by the patients’ determination, doctors at Carville discovered the medical treatment that would ultimately become the cure for millions.

The story of Carville is both tragic and uplifting—a tale of human resilience in the face of ignorance, cruelty and misguided government bureaucracy.  I have wanted to tell that story ever since we brought my father-in-law to Louisiana to see where his father had died.

Even then, in 1998, Carville was home to those who had been cured of leprosy but had nowhere else to go. The National Hansen’s Disease Program has since moved its operations to out-patient facilities across the country, so those who now contract the disease can be started on treatment and sent home.

Still, the stigma lives on.  Victims of leprosy are scorned and discriminated against in many parts of the world today.  Anti-immigrant advocates in the U.S. have spread unfounded fears that those crossing the border will spread the disease. The pejorative “leper” is still used to mean someone who is to be avoided and despised.

There are many lessons to learn from Carville, including how people can respond to ignorance and fear in irrational ways. The leprosy hospital was started by those who believed that isolating patients was the best way to contain the disease. But it ended up doing more harm than good, discouraging people from seeking medical care and destroying countless lives in the process.

As the world deals with the current coronavirus pandemic—albeit a much more contagious and dangerous disease—it’s sobering to see how little some things have changed.  The demonization of Chinese Americans today is not much different than in the late 1800s, when “almond-eyed lepers” were blamed for spreading leprosy.  Questions about the efficacy of quarantines and isolation persist.  Despite sweeping scientific advances, we realize there’s a lot we don’t know.  And these gaps in knowledge can lead to widespread and dangerous misinformation.

But amid the current crisis, as in past struggles with disease, there are bursts of kindness and humanity—doctors and nurses who devote countless hours to others, scientists who persist in their search for a cure, and those who turn tragedy into a chance to help fellow humans in a time of need. 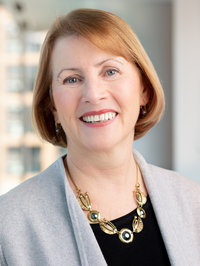