On December 11 I attended a national conference in Dhaka, Bangladesh on the “Zero Leprosy Initiative by 2030.” The conference came about after I proposed it during a meeting with Prime Minister Sheikh Hasina in February. 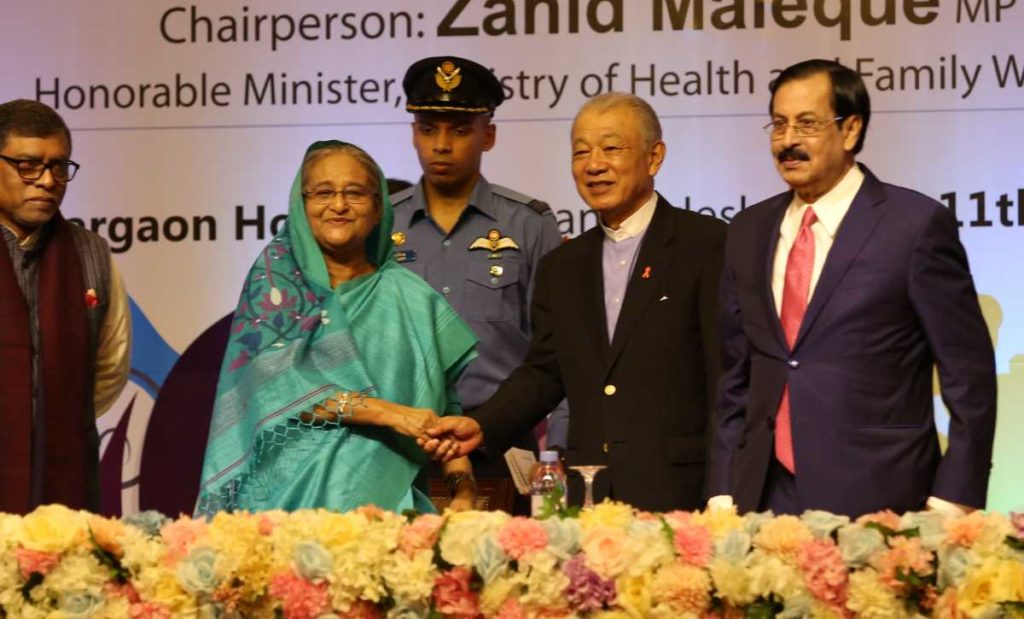 Shaking hands with Prime Minister Hasina of Bangladesh at the national conference on leprosy in Dhaka on December 11, 2019.

Bangladesh eliminated leprosy as a public health problem in 1998, reaching a prevalence rate of below 1 case per 10,000 population. But it still reports 3,000 to 4,000 new cases annually, the most after India, Brazil and Indonesia. 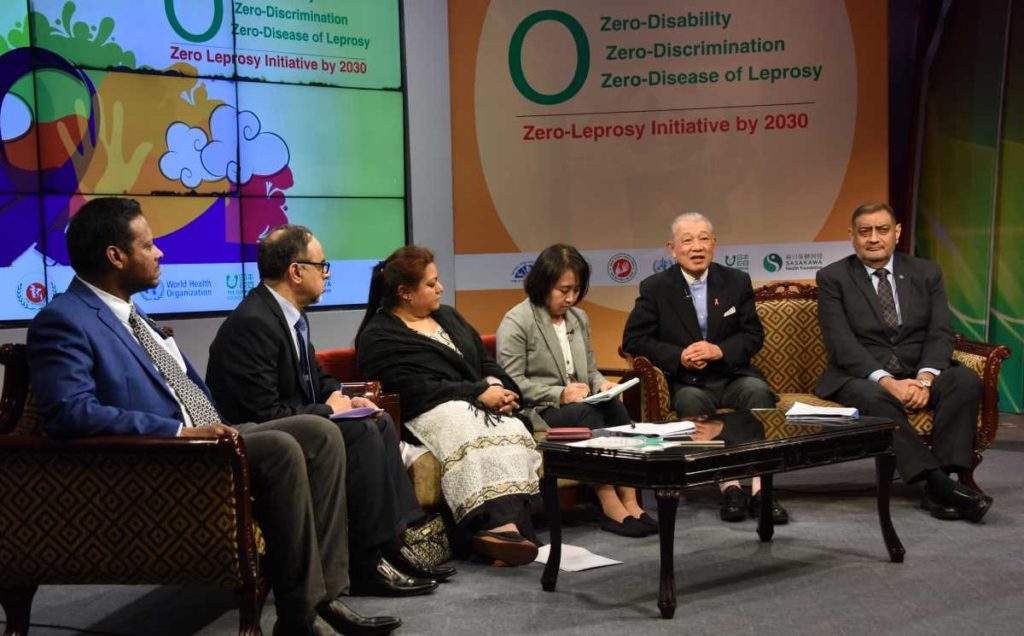 Taking part in a TV program about leprosy on Bangladesh’s Channel 1 on December 11, 2019.

Now that many countries are giving less attention to leprosy, I believe it is essential to
gain the backing of those in leadership positions if we are to move forward against the disease.

Therefore, I am extremely grateful to Prime Minister Hasina for attending the conference and
giving a firm commitment in front of 600 people—including district-level health officers from around the country—to achieve zero disability, zero discrimination and zero disease by 2030.

I was also deeply impressed to hear the prime minister speak at some length about the need to treat persons affected by the disease as part of society and not to harbor negative attitudes toward them. “It is not proper to push them away,” she said.

This is a very important statement coming from someone in the prime minister’s position.
I have met many people throughout the world whose opportunities in life have been limited by the stigma and discrimination due to leprosy. That is why I welcomed the prime minister’s call for inclusion. It is clear that leprosy is not just a medical issue but a social issue, and all aspects of the disease need to be addressed.

It is now for the Ministry of Health and Welfare and the relevant authorities to take
concrete steps to achieve zero leprosy based on the strong resolve expressed by Prime Minister Hasina at the national conference. 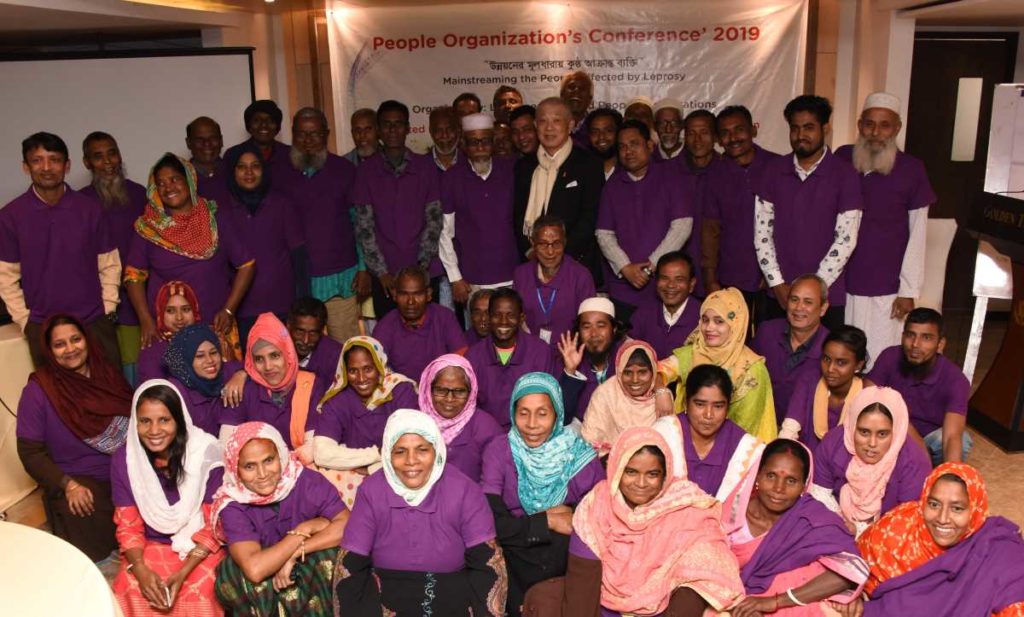 Purple power: participants pose for a photo with the Goodwill Ambassador.

In passing, a newspaper reporter asked me if it is really possible to achieve zero leprosy by 2030.  In reply, I said it is not a question of whether it is possible, but whether we want to work seriously toward this goal.

Corrections: The PDF of Issue #98 has been updated to correct the dollar amount shown
on page 5 and the hashtag on page 8.