TOKYO, Jan. 21, 2021 ー With the approach of World Leprosy Day on January 31, 2021, Sasakawa Leprosy (Hansen’s Disease) Initiative has created a number of opportunities to amplify the voices of persons affected by leprosy and highlight the issues they face. 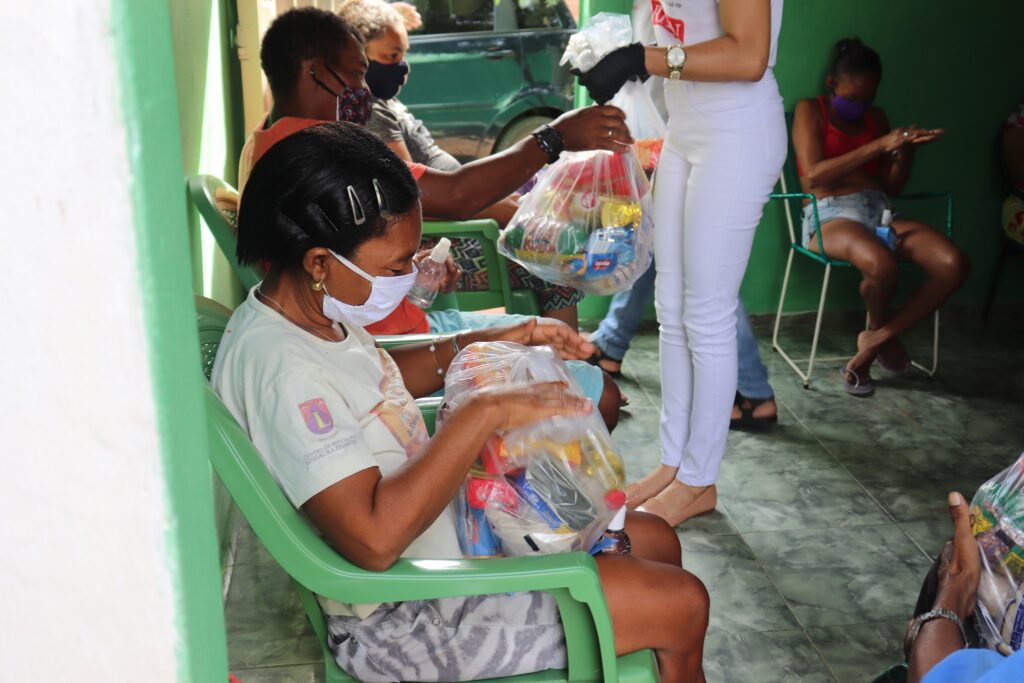 Distribution of relief packages to families of persons affected by Hansen’s disease in the São Francisco neighborhood of Juazeiro do Norte, a city in Ceará State, northeastern Brazil, as a part of MORHAN’s COVID-19 project on January 10, 2020, funded by the Sasakawa Leprosy (Hansen’s Disease) Initiative.

Distribution of relief packages to families of persons affected by Hansen’s disease in the São Francisco neighborhood of Juazeiro do Norte, a city in Ceará State, northeastern Brazil, as a part of MORHAN’s COVID-19 project on January 10, 2020, funded by the Sasakawa Leprosy (Hansen’s Disease) Initiative.

It is hosting a series of webinars covering medical, social and historical aspects of leprosy, also known as Hansen’s disease, as well as organizing a photo and video contest for persons affected by leprosy on the theme of work.

The focal point will be the launch online of the 16th Global Appeal to End Stigma and Discrimination against Persons Affected by Leprosy on World Leprosy Day on the last Sunday in January. This year’s appeal is being endorsed by the International Trade Union Confederation (ITUC), which promotes and defends the rights of workers worldwide, and focuses on the right to work.

In India, which sees the highest number of cases of the disease in the world, the Initiative has jointly produced a pictorial flipchart on leprosy with the Ministry of Health & Family Welfare and WHO India. The flipchart, designed to promote early detection and treatment, is being distributed to community health workers over the next two years in six high-endemic states.

The Initiative is a strategic alliance between WHO Goodwill Ambassador for Leprosy Elimination Yohei Sasakawa, The Nippon Foundation and Sasakawa Health Foundation for achieving a world without leprosy and problems related to the disease.

Leprosy, also known as Hansen’s disease, is an infectious disease that mainly affects the skin and peripheral nerves. Around 200,000 cases are newly reported each year. Leprosy is curable with multidrug therapy, but left untreated can result in permanent disability. An estimated 3 to 4 million people in the world today are thought to be living with some form of disability as a result of leprosy. Although completely curable, many myths and misunderstandings surround the disease. In various parts of the world, patients, those treated and cured, and even their family members continue to be stigmatized. The discrimination they face limits their opportunities for education, employment and full participation in society.

About the Global Appeal

Initiated in 2006 by Yohei Sasakawa, WHO Goodwill Ambassador for Leprosy Elimination and Chairman of The Nippon Foundation, the annual appeal draws attention to the stigma and discrimination that persons affected by leprosy and their families continue to face and calls for the realization of an inclusive society in which the fundamental human rights of all people are respected. Launched in conjunction with World Leprosy Day, it receives the backing of a different organization each year.

World Leprosy Day was started by French journalist and philosopher Raoul Follereau in 1954. It falls on the last Sunday in January. India marks Anti-Leprosy Day on January 30, the anniversary of the martyrdom of Mahatma Gandhi.